are working on the new project already

Contemporary art exhibitions at Relais Rione Ponte  have been taking place since its opening in February 2014.

In fact, the first project was inaugurated in May 2014 with curator Virginia Colonna and 4Start.

When at first you see the works of Arianna Matta, the reaction is anything but rational. Despite the refined painting and the studied balance of the technique, you are kidnapped by the emotion without boundaries, you are immediately "impressed" by the involvement that you try to interact with the gaze, the dialogue that is established and the works, as a response, offer you the opportunity to be free with your thoughts and feelings.

As one can deduce, this is an exhibition which speaks of flowers, despite a certain ironic approach, right from the title. On display new works produced by Bankeri for the exhibition and a foray from the past, in which the subject in question was already present. The common paradigm is characterized by the treatment of the forms and the mastery of the matter brought to a level of maturity and mastery such as to allow the artist to have fun articulating between papers and canvases, colors from the most different tones to fluorescent, serigraphy and overlapping at multiple levels of physical and mental elements, in a continuous contamination. The myth of Cupid and Psyche is one of the most beautiful love stories ever. It was the Latin writer Apuleio to recount it in his "The Golden Ass" in the 2nd century AD. The metaphor of the eternal dichotomy between rationality and instinct, between heart and mind, has inspired the greatest writers, poets and artists. It is impossible not to think of one of the most sublime achievements in the history of art: the sculpture Amore e Psiche by Antonio Canova. And it is from here that the common thread of Evita Andújar and Andrea Pinchi's double solo show unfolds on 12 February at Relais Rione Ponte. Relais Rione Ponte, in collaboration with Emmeotto Gallery, is pleased to present the exhibition Contemporary Experience. This celebrates the tenth exhibition project within Spazio Arte, a reality that brings together contemporary art and guests of the boutique hotel in the frame of the historical center of Rome, a few steps from Piazza Navona, as well as the fourth anniversary of its opening. The elegant location and refined rooms of Relais Rione Ponte on the second floor of a seventeenth century building are the ideal place to host works of art by Italian and International artists in a sophisticated atmosphere where people can interact with the contemporary creativity. from€247
Book now
See all offers 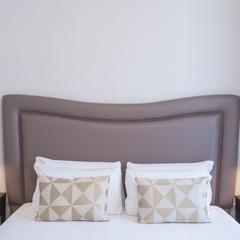 steps away from Piazza Navona 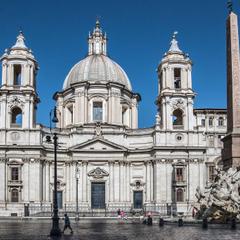 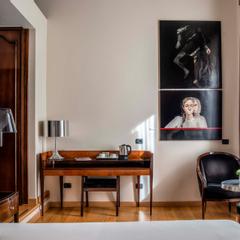 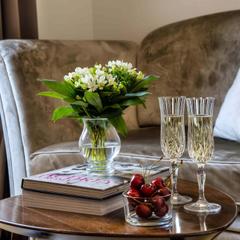